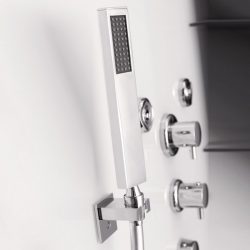 How to Remove Mould From Your Bathroom

If you want to remove mould from your bathroom, you have to understand where it forms, and why.

Mould is a fungus that thrives in damp and warm areas, which is why it’s so common in the bathroom. In this post, we’ll briefly explain the causes of mould, before offering some advice on how to remove mould from your bathroom.

Where Does Bathroom Mould Come From?

As these pictures from Kinedo Installer Nick demonstrate, bathroom mould is particularly likely to form in the grouting between your tiles, and in the silicone sealant around the edges of your bath or shower: 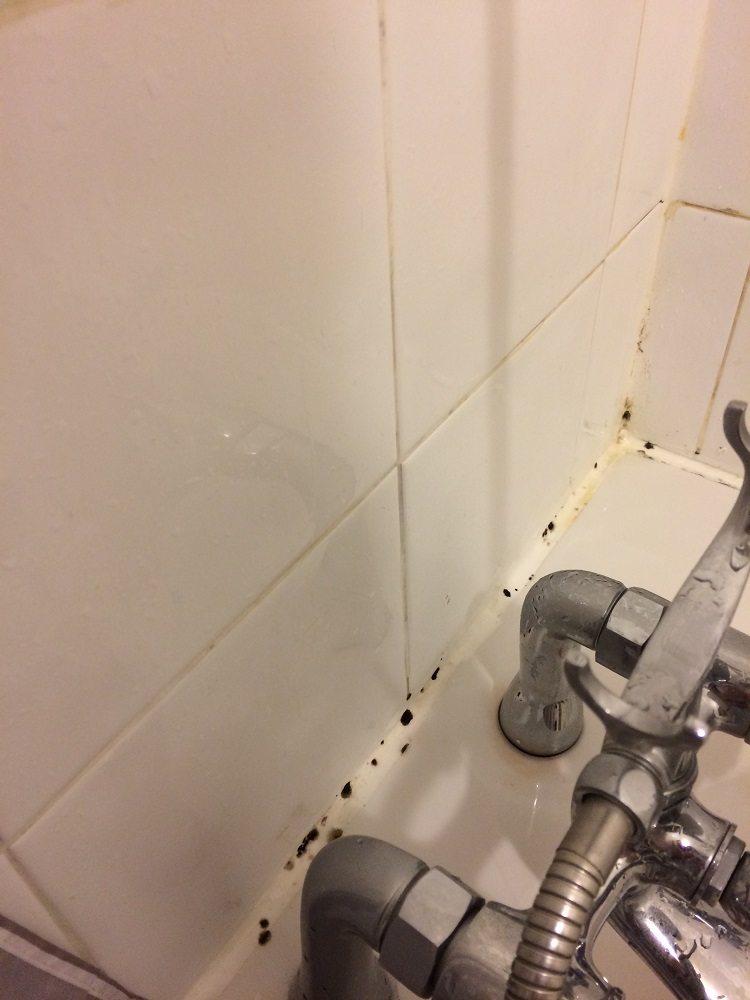 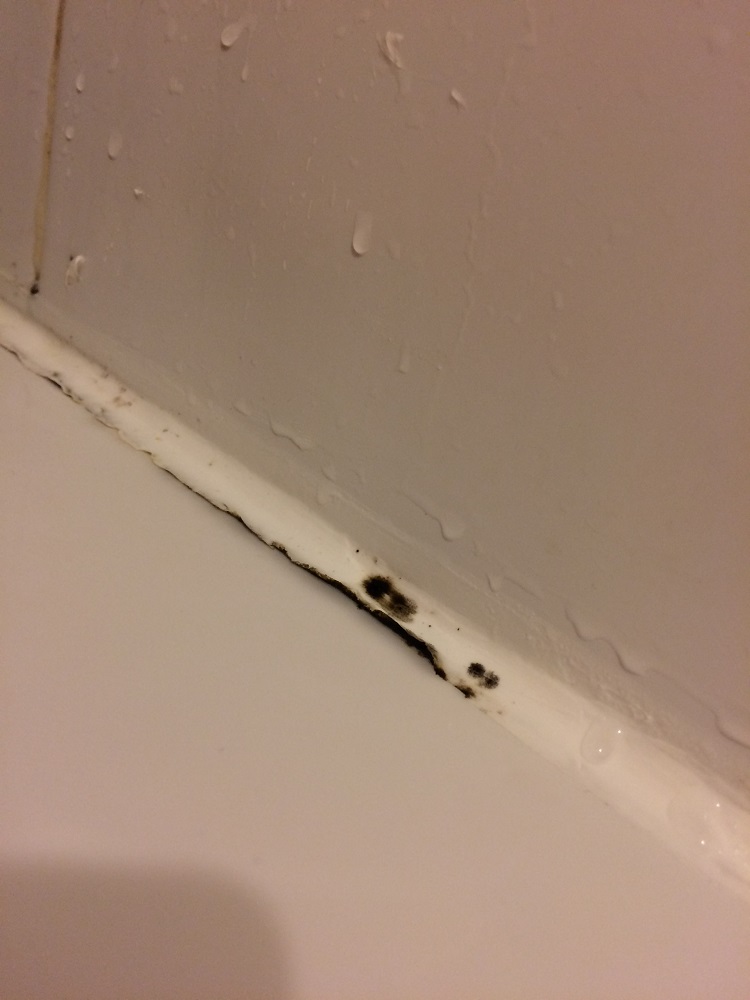 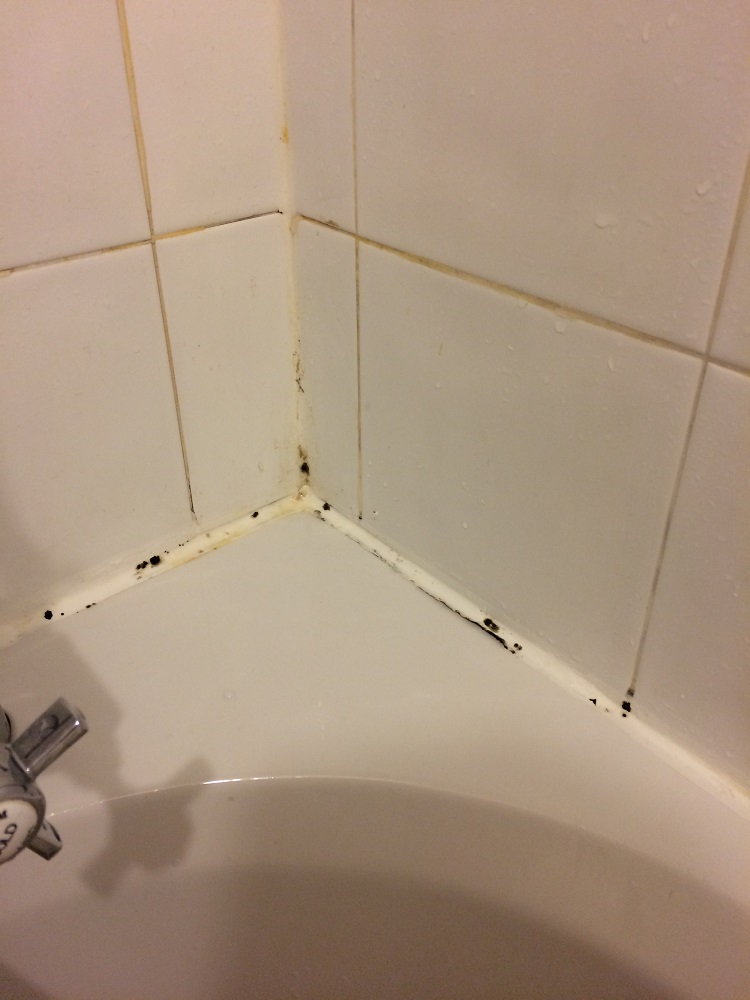 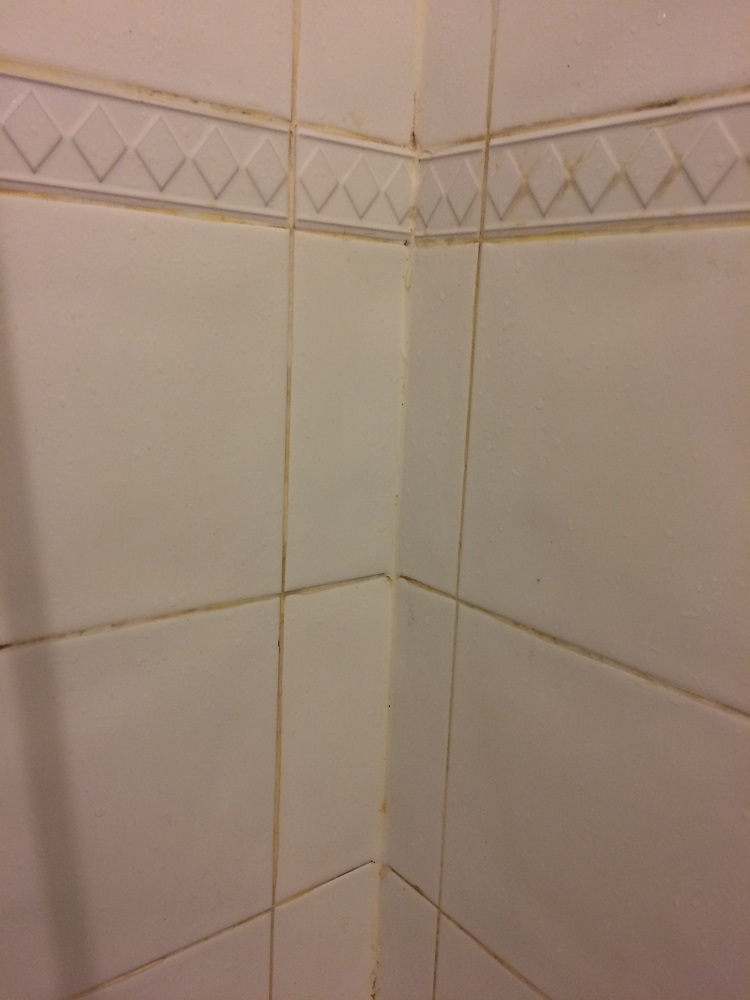 The air in your bathroom can remain damp for hours after you’re finished bathing or showering. High levels of humidity create a breeding ground for mould.

Mould forms in bathroom grouting and silicone simply because these areas aren’t cleaned as regularly as other areas of your bathroom, and because they’re more likely to retain water.

Tiles are designed to channel water downwards towards your drain. But both grouting and silicone are permeable. As they’re liable to retain water, they can create just the right conditions for mould to flourish. And once the mould takes hold, it can quickly spread – unless you take action!

These images are taken from the Orange Molds blog, and they demonstrate how mould problems can escalate if left untreated: 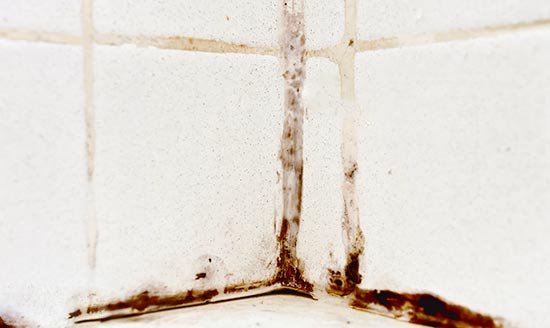 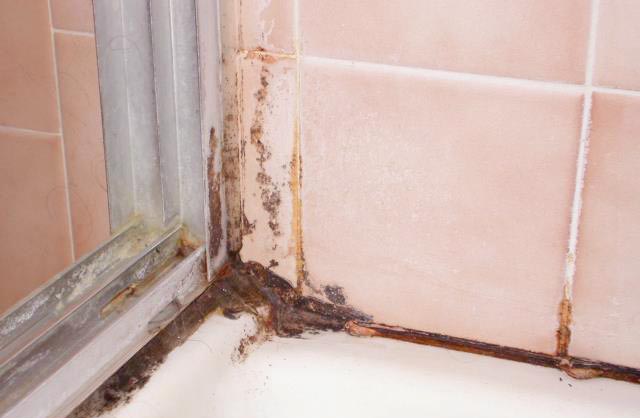 The more you allow your mould problem to develop, the bigger the health risk you’re facing.

And once mould takes hold of your silicone sealant, it can start to peel: 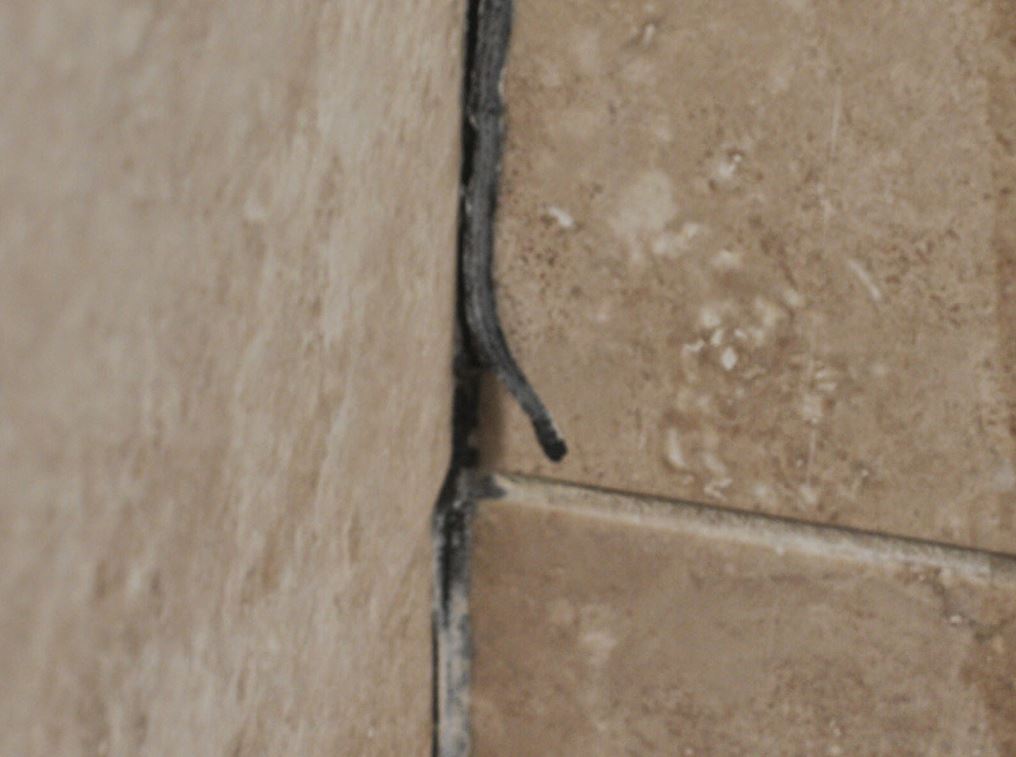 Obviously this sealant is no longer going to do its job. If your bathroom’s no longer watertight, you can look forward to a host of major headaches further down the line – from damp to flooding!

How To Remove Bathroom Mould

As with most things, when it comes to bathroom mould, prevention is better than cure.

And if you want to prevent bathroom mould, there are two things you can do.

1. Make Sure Your Bathroom Is Well-Ventilated

An extractor fan can help here. But if your bathroom doesn’t have an extractor fan, it’s a good idea to open your windows for a while after your bath or shower. This will reduce the humidity levels and keep the mould at bay.

You might feel reluctant to open your window in the winter, but a slightly chilly bathroom is definitely preferable to a mouldy bathroom!

2. Replace Your Bath or Shower With A Shower Cubicle

An effective way to prevent bathroom mould is through removing the areas where mould is most likely to thrive.

As we said above, grouting and silicone are the culprits here. Because they’re permeable materials they can retain water, creating favourable conditions for mould.

So if you want to remove bathroom mould once and for all, remove all grouting and silicone from your bathroom.

How? By replacing your bath or shower with a shower cubicle.

A self-contained shower cubicle requires no tiling, which means no grouting, no silicone, and no mould.

They can be assembled in the space of a day, and they’re designed to fill the exact space where your shower used to be. And as this picture proves, they can be every bit as stylish as an ordinary shower enclosure: 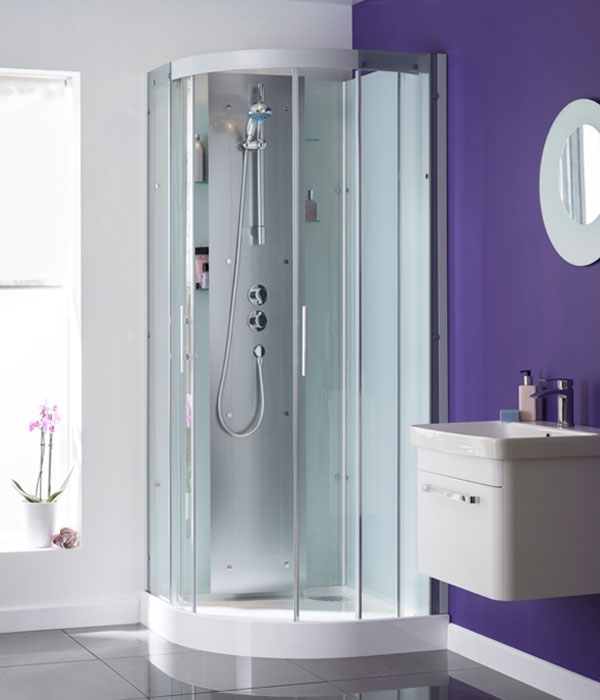 Mould-resistant shower cubicles can also be used to replace your existing bath: 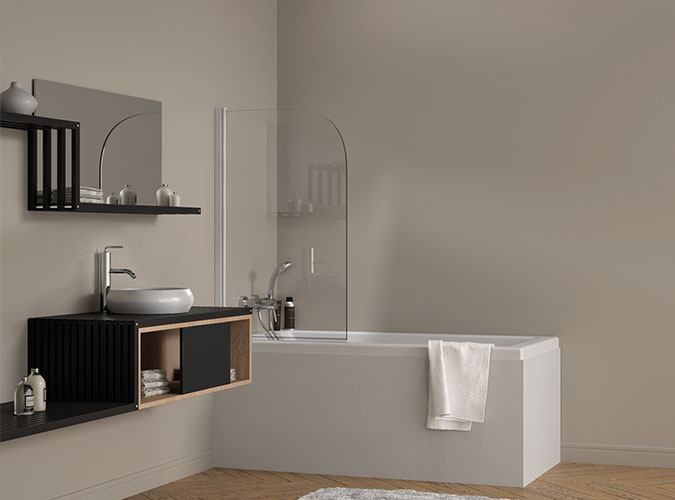 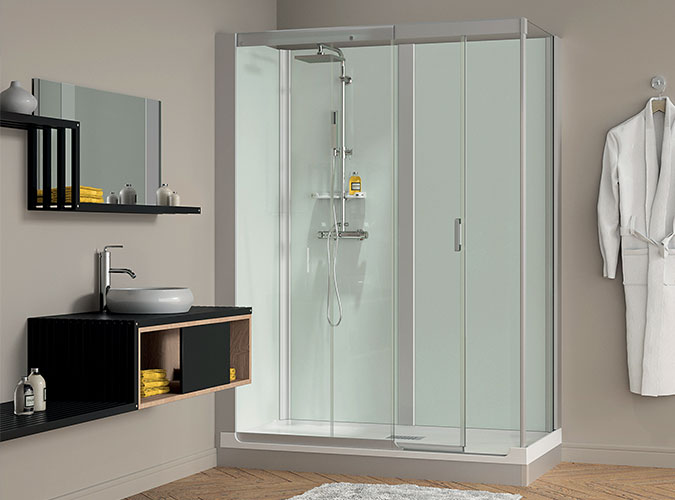 Imagine never having to worry about bathroom mould again! With a self-contained shower cubicle, mould could become nothing more than an unpleasant memory.

But if you cannot ventilate your bathroom, and if you’re not looking to replace your existing bath or shower, you’ll have to keep on-top of your mould problem with regular cleaning.

If you have any tips for how to remove bathroom mould, why not share them in the comments below?

And if you’d like to know more about how a self-contained shower cubicle can permanently address your mould problem, get in touch!